I have four boys with autism. I had to see this play.

It started on twitter. The negative comments about the play soon became #puppetgate. No thank you to all those who started protesting against a play without having even seen it or considered it. But, thank you for alerting me to the fact that this play had been written and was to be performed in London and that I could go and see it for myself.

It is a play about severe autism. The non verbal, biting kind of autism that the media tend to avoid. The kind that is too awful so it is hidden from society. It is not pretty and it is certainly not fashionable in these days of neurodiversity where everyone is supposed to accept autism as a difference and not a disability.

This play was brave enough to tell the tale of an eleven year old boy with severe autism who is leaving his family home the next morning for a residential school 200 miles away.

It was utterly believable. Raw. Honest.

At times, almost too raw. The writer did not shy away from some of the thoughts that people have, of how the parents feel.

Laurence, the puppet, was not a puppet. He was real. He was played by an actor who was Laurence. I watched him all the time, the actor, not the puppet. He had researched his part well. He made noises and bounced about the set. When I talked to him afterwards, he explained to me how he had tried out noises that felt good. To me, that is good acting.   Those noises were real.  The puppet was more a prop. To remind us that he was a child. The puppeteer was obviously not the size of an eleven year old.  His parents ruffled his (the puppet’s) hair at chest height, his carer took him by the hands and played with him. It helped to make him a child still. A very vulnerable child.

There was no way that a child could have been on that set. The adult language, the swearing, the interaction between the parents was too unsuitable. I think the point was that it was too unsuitable for Laurence too who had to witness his parents’ shouting. At the end of the play it was all too much for him. He broke down. I broke down too. I was a sobbing wreck for the rest of the play.

It was a brave play. To show the severe side of autism. It is a play which everyone should see, just to get a glimpse of how life is for some families with all its stresses. It should be compulsory viewing for everyone who works alongside children with severe autism, the social workers, the decision makers who don’t always see autism at first hand.

I actually don’t know if I would recommend it to my friends who have children with severe autism. It is deeply upsetting. It may be too hard for them to watch but for them to know their story is being told may be enough. I thought of my friends, whose children have had to move out of their homes and I cried. I cried for them all.

I was so overwrought by the emotional impact that this play had on me that I could not write anything last night. I wish I had as those words disturbed me all night. This play will stay with me.

My four boys are not as severe as Laurence. They were once non verbal. At diagnosis, age two, none of them could speak. They had severe behaviours. We found a method called ABA (Applied Behaviour Analysis) which they had full time from age two and three. It has transformed their lives.

Like #puppetgate, there are many on twitter who accuse parents who use ABA as inflicting child cruelty and that we should just let our children be. Autism should be accepted, not cured. I watched this play last night and thought of my four boys. How this could have been their future without the intensive support that they had from a young age.

I am not naive enough to think it was only ABA that has changed them. I know for others, whose children are more severe, that many will never gain language but they will gain a method of communication. It is the absence of communication that makes a child bite in frustration. It was a play but it felt so real that I wanted to get up and talk to those parents and tell them about ABA. I also wanted to get up and give them all a huge hug when it all got too unbearable to watch.

I was so privileged to meet the cast afterwards. It felt right that it was ‘Laurence’ who I approached first. I wanted to talk to him. I gushed about our boys and autism and puppets and how we have taken the boys to see every show in London with puppets in them. He listened and he engaged and he told us how he felt about Laurence. We then talked to the carer. We identified with him too. I told him how important this play was for the autism community, those with severe autism. How carers become more than family to a family like ours. He cared about Laurence as much as the parents did. And the parents? I didn’t feel the need to talk to them. I know they are actors and not the parents but they were too removed from how we function as parents. They were not us. I know that the percentage of marriage and relationship breakdown is far higher in families with special needs children, so this story is not untruthful but it is not us. It was too raw for me at that point in the evening. I needed to leave.

This play was all about communication. Not just between Laurence and his carer or his parents but between the adults themselves. How much harm not communicating effectively can do.

Thank you to all of those involved with this play. Thank you for daring to tell a story that many wish they didn’t need to know about. Thank you for standing your ground against those who want to stop this production. You are representing us.

Get your copy today

A good day in the Ziegel family 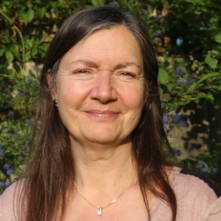 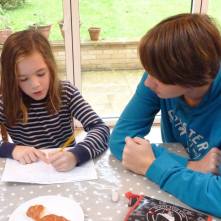